PEOPLE are again being reminded to dodge sugary drinks at the supermarket with the Cancer Council re-launching its graphic TV adverts highlighting the serious health effects of regular sugary drink consumption.

“Promoted on TV, on the back of a bus, on billboards, online and in our local community centres, it’s hard not to be sucked in,” she said.

“Selling sugary drinks is big business and it means companies spend a lot of money promoting them to us – it makes it hard to resist”.

“It’s time to think twice about your sugary drink habit and start choosing water instead,” she said.

“WA consumers of sugary drinks are drinking over 600mls per day.

“There are 16 teaspoons of sugar in a 600ml bottle of regular soft drink, almost three times the World Health Organisation’s guideline of limiting added sugars to six teaspoons per day.”

You can calculate how much sugar you’re really drinking by completing the free LiveLighter Sugary Drinks Calculator. 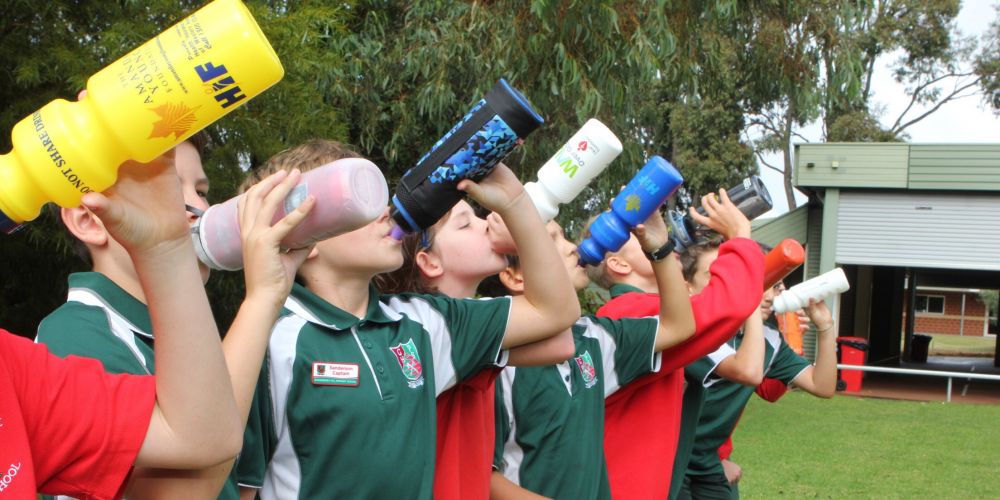 We strive for excellence in all we pursue by motivating, challenging, supporting and assisting our children to reach their full potential.